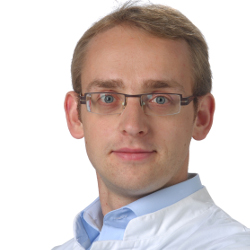 Hemoglobin A1c (HbA1c) is employed for diagnosis and therapy monitoring of diabetes mellitus. The effect of a change of reagent lot on the measured values of a commercial immunoturbidimetric HbA1c assay (A1C3) was investigated.

Comparison measurements of A1C3 and an automated affinity chromatography method (VIIT) were performed in 15 samples for the initial and in 20 samples for the subsequent A1C3 lot. The results of 27 and 19 measurements of a normal and of 28 and 20 of a pathological control (before and after the switch of the A1C3 reagent lot, respectively) were evaluated. Finally, the results of 6463 patient samples that had been measured with the initial and 434 that had been measured with the subsequent A1C3 lot were investigated.

The subsequent A1C3 reagent lot yields significantly higher measurement results than the initial by approximately 0.5 % HbA1c (5.5 mmol/mol). This difference is considered as clinically relevant. A combined effort of manufacturers and notified bodies is necessary to minimize lot-to-lot variation.

This article was published in Clinical biochemistry 48.16 (2015): 1167-1170. A non-final version can be downloaded here.
Laboratory Medicine